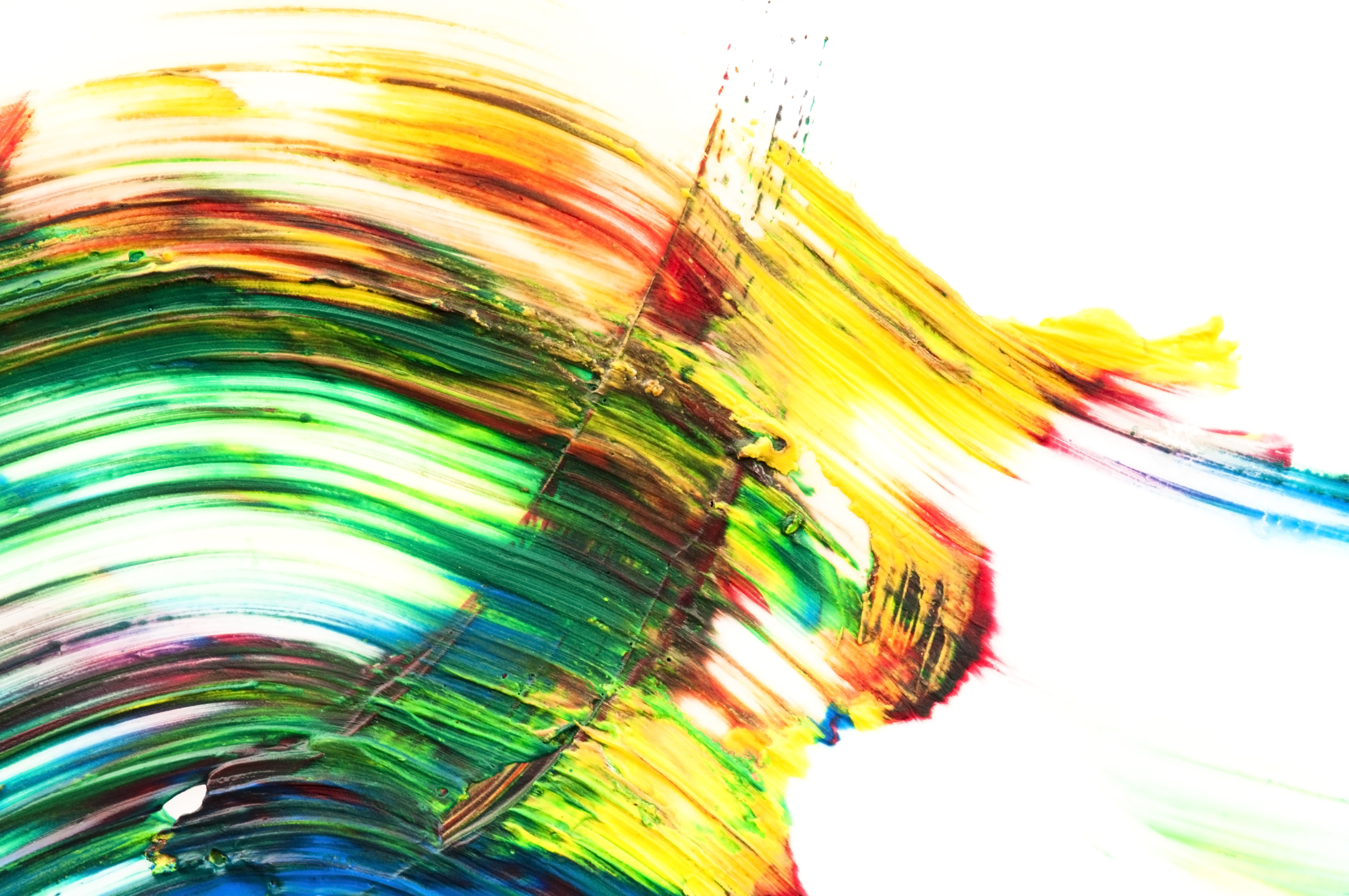 Integrative psychotherapy and coaching – how do the two mix?

Integrative psychotherapy and coaching – how do the two mix?

As published in the Autumn edition of the Newsletter for the Association of Integrative Coach-Therapist Professionals (AICTP)
Coaching interventions in psychotherapy: challenges to the transferential relationship

As I was looking for inspiration to write this short piece about how we can draw upon our coaching skills as psychotherapists, I noticed a thought-provoking comment on the AICTP discussion thread “How do you manage movement between disciplines when using an integrative coach-therapy approach?” A participant described how he had decided to challenge his client, who was “reluctant to make external decisions and changes” so that she would get out of the comfort zone of her inner exploration, and suggested moving from counselling to coaching.

It is quite a common assumption (which I have seen expressed even by the most senior practitioners of counselling and psychotherapy in London) that coaching is future-oriented and psychotherapy about the past, and that coaching is about the outer world, and psychotherapy about one’s inner world. If we choose to accept the assumptions as the truth, then it follows quite naturally that there is a line in psychotherapy that the therapist and his or her client need to cross together when the focus of the work shifts away from the inner life and the processing of unmet childhood needs, and towards achieving life goals within a partnership of equals. The participant’s comment on the AICTP thread describes a situation when it is the therapist who takes the initiative of introducing the coaching perspective in order to shift the focus of the work.

I have also frequently observed in  my practice that it can be the client who requests that the therapist intervene as a coach. This can be the case when clients feel particularly stuck in their therapy, or are particularly anxious for their lives to change in a way that they can control. I noticed that people who suffer from addictions and who experience repeated relapses will from time to time ask for a directive, solution-focused approach.

What is then supposed to change when we make coaching interventions in psychotherapy or move the relationship on and away from therapy, towards coaching? If coaching is about the future-external and therapy the past-internal, are the corresponding ways of working respectively dictated by concrete goals, and by the inner process unfolding in the person? And if so, what is the effectiveness and appropriateness of  doing so, and what are the pitfalls?

What are the appropriateness and possible pitfalls of switching between therapy and coaching?

One of my patients[1], a woman in her late thirties who has been in twice-weekly therapy with me for the past three years, has been constantly frustrated by her inability to build lasting relationships. She was also unsure whether she should seek a same-sex or heterosexual relationship, and her inability to decide has caused her great frustration. During the early stages of her therapy she was able to discover, accept and act on a sexual appetite, which she had perceived as non-existent since her early teens. As a result of this, she had several same-sex encounters, sometimes resulting into brief and casual sexual relationships. She also formed an ambivalent attachment to a man of her age, who already had children from a previous marriage.

But she continued to berate her inability to “get started in earnest” and remained deeply dissatisfied at the “sterile” nature of her encounters and longs for a steady partner, with whom he would be able to settle down and have a family.

A few months ago I took the initiative of introducing goal-oriented work in one of her sessions with me. Rather than reflecting back her helplessness, her frustration and her anxiety, I decided to help her articulate and clarify her hitherto vague thinking about what needed to be done concretely to start looking for suitable partners and making herself available to be found.

As I expected, the first part of the conversation resembled a game of “why-don’t-you-yes-but” game (Berne, 1971), but instead of reaching the conclusion of mutual defeat described by Berne (the therapist runs out of suggestions and the client demonstrates that there is nothing that she can do to change), she trailed off and eventually said to me: “it feels quite weird, you coaching me like this. I know why you’re doing it but I don’t think my problem is about that”. I ventured “it feels weird to be coached when you don’t actually know what you want”. She agreed completely with my statement. This allowed us to explore how ambivalent she was towards her sexuality, arriving at the conclusion that in her mind, having a sexually satisfying relationship and a relationship in which she could thrive and find meaning in seemed mutually exclusive.

This proved to be a watershed moment, as she fully realised that her ambivalent position towards creating relationships exactly mirrored her mother’s own ambivalence towards her family, manifested by a series of affairs that were never spoken of in the family. My client had known that this mirroring existed in the way she conducted herself in her life. But until it only ‘landed’ when it was made real and tangible as a manifestation in her therapy. She was able to relate emotionally and intellectually to an past-internal item on the basis of a failure to progress on a future-external one.

What is at the heart of Coaching?

My decision to change my stance and become more inquisitive, active and even risking suggestions by asking such questions as “…and have you thought of doing x?” momentarily changed the dynamic of the relationship. As I fostered her taking ownership of the problem, she became aware that her problem was not so much in her inability to take appropriate action, but to know for sure what it was that she needed to do in the first place.

In my view, the heart of coaching lies more in the process where two parties reach a clear contract about the boundaries, means, general purpose and outcomes of the coaching session, than in the set of actions that the coach agrees to hold the coachee accountable for. With the above example I hope to have shown that by making interventions that challenge the client by bringing up her outer world and goal-directed activity in a space that is in principle dedicated to the exploration of her inner world, we can draw from essential aspects of the contracting process in coaching in order to create awareness.

However, before seriously considering experimenting with a coaching intervention I had to identify and reflect on all the aspects on my own countertransference of helplessness and frustration, lest my intervention be an acting out.

This is what has I am in the process of exploring with another patient, a young man who has come to me because he currently lacks the vision and confidence to plan and execute a change of careers. He was referred to me by his GP, after suffering a series of panic attacks.

This young man is expressly asking me to coach him, but wants a coach who has the “sensitivity of a psychotherapist”. He explained in the initial consultation that his parents would react very strongly if they knew that he is seeing a therapist, and that they have very strong prejudices against psychotherapy. This is why he chose to speak to a coach. He told me that he knew that it was likely he needed to work on himself, but that his priority would be to create concrete actions. It seems that he is asking me to focus on concrete actions and remain “sensitive” to the way that he feels in himself. All the material that he brought to the session was linked to his family and his relationship with his partner.

At the end of the consultation I recommended that he consider psychotherapy above coaching, and bring to the therapeutic space any concrete problem that he wished to explore, and that he could set a short-term review deadline to make an informed decision about what he felt would suit him best. I told him that by agreeing to coach him I would enter into a contract that perpetuated his childhood experience, where his inner life would be in full view but not the focus of my attention. I also felt – but did not tell him – that he was setting up a transferential situation where I would get and experience close to his childhood’s, which was to feel a frustration at not being able to engage with him as he genuinely needed.

The healing process in therapy and coaching

With both clinical examples I hope to have shown that it is possible, to some effect, to change one’s stance towards a client to either help raise awareness. However, in my experience, this change of stance should be clearly “called” (by the client or the therapist) and it should function within, and not instead of, the transferential relationship. With this in mind, it would seem that the assumption that seemed to underpin the comment on the thread is incorrect because it posits that therapy and coaching work only in succession, not in unison.

The essentially ambivalent position of the therapist (as a separate person and a recipient of various projections and transferences) is, I feel, brought in sharper contrast when the therapist is also a coach. I would like to suggest that in person of the coach-therapist, the client is seeking the clear line that may exist between the past and the present, the outer and the inner. If we do not give due consideration to the transferential factors that arise out of this situation, we run the risk of facilitating an inner split when we act as if that line were really there. As integrative coach-therapists, we need to ensure that we facilitate integration in the person, not splitting. It is my view that the client always knows what is good for them, but that the vagueness of the cues they give us (their requests for different modes of intervention, and our countertransferential feelings) is commensurate to the vagueness of this self knowledge. It us up to us to tolerate this vagueness and help the client connect meaningfully with their own healing process.

By: Cedric12th February 20154th May 2015 Tags: Coaching, contract, psychotherapy, transference
Back to top